U2 CAN BE BONO IN ALEXANDER DAAS

ABC 7 News Arts & Entertainment reporter, Don Sanchez, introduces us to “the claw” – the stage for the largest tour in concert history – U2 360. On June 6th, Don Sanchez brought the stage to his television viewers and showed a glimpse of the setup for the June 7th concert at the Overstock.com Coliseum in Oakland. Although Bono, the lead singer of U2, wasn’t around yet, Don Sanchez tried to step in with his Alexander Daas sunglasses. 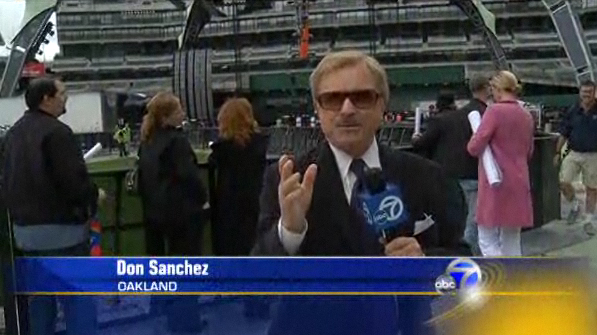